Let us call you back

Australia is an ideal place to learn English. If you want fantastic weather, a relaxed lifestyle and easy access to both the amenities of the big city and the beach, then you cannot do better than study English in Australia.


LSI’s language school in Australia is located centrally in Brisbane, the largest city in Queensland. A friendly, sunny and cosmopolitan city, Brisbane offers the student all the culture and amenities of an international city as well as being just an hour away from spectacular beaches. Our school boasts friendly and experienced teachers and staff, as well as excellent student facilities.

All students at our Australian language school have access to our exciting and inclusive social programme, designed to complement your English course in Australia by making sure you get the most out of your time in this breathtaking country, from museums and art galleries to picnics and sports on the beach.

Australia is the sixth largest country in the world and has a population of over 25 million people. Indigenous people have lived in Australia for thousands of years, and in 1788, England began to send colonies (including exiled prisoners) to live on the continent. Today, Australia is a diverse and exciting country known for its beautiful beaches, exotic animals and laid-back lifestyle. Although the country doesn’t have an official national language, English is almost universally spoken by Australians, making it a popular destination for studying English abroad. Read on to discover the top 5 reasons to study ESL in Australia! 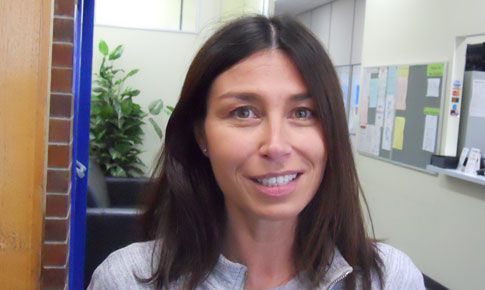 “At LSI Brisbane you will meet competent teachers. LSI staff will be able to help you with your requests. You...”
Read more
Elisabetta Mamprin, Italy

Australia is particularly known for its thousands of beautiful sandy beaches. All of the nation’s major cities are located on the coast, and the majority of Australians live within 50 kilometers of the sea. One of the most famous beaches is Bondi Beach in Sydney, which is also one of the top surfing destinations in the world. Here you can take surfing lessons from an accredited surf school or simply spend the day relaxing on the beach and enjoying a meal at one of the many famous restaurants and cafés near the beach. In Brisbane, shimmering beaches with soft waves provide an ideal location for novices wanting to learn how to surf or body board. You can also discover the aquatic life during a snorkeling or scuba diving excursion, which is particularly popular around the Great Barrier Reef – the world’s largest coral reef systems.

Another claim to fame that Australia holds is its exotic wildlife. One of the most biologically diverse countries in the world, Australia is home to many unique and fascinating animals, such as the koala, the quokka, the kangaroo and the wombat. Hundreds of species of birds are also native to the Australian territories, such as emus, parrots, and the famous kookaburra which imitates human laughter. These animals can be seen in sanctuaries as well as in national parks and other natural habitats. Australia is also known for the great diversity of fish and reptiles that are found in its waters, including gentle manta rays, enormous sea turtles and fearsome crocodiles. Get up close and personal with some of these creatures by snorkeling or diving at some of the best sites in Australia. Or keep your distance while observing great white sharks and giant saltwater crocodiles from the safety of a boat on a guided tour.

Studying abroad in Australia also means that you will be immersed in a different culture with customs that may be quite different from your own. However, Australia is a very welcoming and culturally diverse country, and immigrants make up a significant percentage of the country’s population. This allows international students to not only discover Australian culture but also to meet people from many other countries. In Australia, you will find influences from all around the world, including Europe and Asia as well as the Aboriginal societies of Australia. Step outside of your comfort zone by discovering diverse cuisines and cultural practices. While you are studying English, you will also gain a wealth of worldly knowledge that will allow you to develop your intercultural communications skills. These skills can be particularly useful to those who would like to work for an international company.

Australians, affectionately known as Aussies, are well known for their relaxed lifestyle and friendly attitude. Australians are generally quite sociable and outgoing, and you will likely hear people calling you ‘mate’, which is a popular way of referring to someone as a friend. Informal language in typical in Australia, and it is very common for people to create abbreviations for many words, such as ‘barbie’ for barbecue and ‘cuppa’ for cup of tea. This type of language is used to express friendliness and informality with others. Australians tend to enjoy their leisure time by having a drink with friends and doing outdoor activities like water sports. You may also be surprised to see locals going barefoot even inside the shops – just another aspect of the relaxed lifestyle.

Another reason to choose Australia for your study abroad experience is the exceptional quality of life and overall happiness level that its residents enjoy. Australia has many beautiful, world-class cities such as Sydney, Melbourne and Brisbane. Australian cities are generally very clean and safe. It is also easy to explore the cities via public transportation, which is particularly convenient for international students who do not plan to drive during their stay. Many of Australia’s cities rank among the world’s top destinations for international students due to the many opportunities for entertainment, the wide range of educational programs and the work opportunities that students can choose from. Although prices in Australia can seem high, salaries are also higher than the average in many developed countries, and employment rates are generally high, providing a comfortable lifestyle for the majority of Australians. With its high standard of living, excellent climate and stunning beaches, it is not hard to see why Australia ranks as one of the happiest countries in the world. 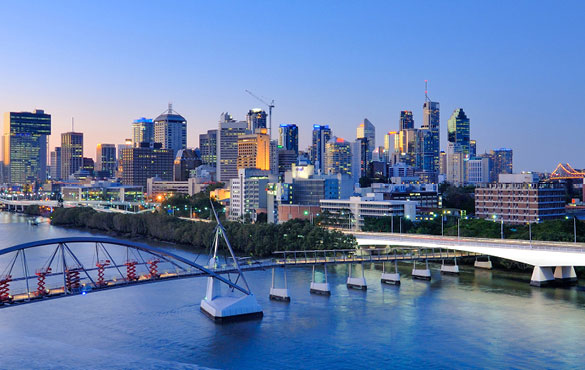 Brisbane, the capital of Queensland, Australia's "Sunshine State", is located on the Brisbane river and has a wonderful climate all year round. Attractions such as beaches and rainforests are only an hour away. The riverside parklands, markets selling a fantastic range of fresh fruits, vegetables and seafood, wooden houses, and cultural centre are Read more

Live and study in your private teacher's home in Australia. Language lessons and cultural excursions.
Find out more

Join the international LSI community. Discover what it’s like to study at LSI schools and hear from current students and alumni.

Find out all the latest news from LSI schools around the world.

Meet our students and staff and have a look round our schools.

Interesting and fun activities as part of language immersion

I couldn't have chosen better school than this one.

Hello! My experience was amazing. The School is very nice.

Hello!! This year, in January I have a great experience for four weeks in LSI Brisbane!! Great teachers help me with improve my English. The school went as a family for me!!

END_OF_DOCUMENT_TOKEN_TO_BE_REPLACED

Find out how LSI has been a world leader in language training for over 50 years.