Let us call you back


Our two language schools in Canada are both centrally located in Canada’s loveliest and most exciting cities and offer the most up-to-date language learning technologies as well as excellent student facilities and experienced, friendly teachers and staff. Our Toronto school occupies an ideal location in the leafy residential are of Rosedale but just a short walk from the Yorkville shopping district. In Vancouver, our language centre is located in the very heart of downtown, within easy walking distance of all of Vancouver’s major attractions.

LSI Toronto and LSI Vancouver both offer a fun and varied social programme designed to complement your English course in Canada by getting the most out of this stunning country. From trips to Niagara Falls and the Whistler ski resort to picnics in the Toronto Islands or an NHL hockey game, LSI Canada will give you access to the very best that Canada has to offer.

1. Natural beauty
Canada is the second largest country in the world and home to a great variety of landscapes and natural attractions. With thousands of mountains, lakes and rivers, Canada is an ideal location to admire the great outdoors while on a study abroad trip. Surrounded by the Pacific, Arctic and Atlantic Oceans, Canada has the longest coastline in the world. On the west coast, British Columbia benefits from warm ocean currents that ensure a mild climate year-round. Victoria, the capital of British Columbia, lies on the southern end of Vancouver Island and is the warmest city in Canada. The city of Vancouver lies to the east of Vancouver Island and offers unparalleled access to nature. Whale watching tours offer the chance to see orcas and humpback whales as well as seals, sea lions and eagles.

2. Friendly and inclusive
Canada is well-known around the world as a friendly and welcoming country, and it is consistently rated as one of the safest countries in the world. Crime rates are low in Canada and continue to decline in recent decades, making it one of the safest destinations in the world for anyone planning to study abroad. With a diverse population and an appreciation for multiculturalism, Canada is a nation that values tolerance and inclusivity. The history of Canada has been shaped by immigrants from around the world and is reflected in the diverse architecture, cuisine and cultural events such as international festivals and concerts.

3. Active lifestyle
Many Canadians enjoy an active lifestyle and regularly participate in outdoor activities such as canoeing, camping, skiing, hiking and bicycling. In Canada’s larger cities, bike paths and bike rentals allow residents and visitors to explore the cities easily. Many bike paths also lead out of the cities to natural attractions such as beaches and hiking areas. Numerous parks and trails also offer opportunities for outdoor activities like playing games with friends or jogging. Sports such as hockey, basketball and baseball are also popular in Canada, and many parks offer free access to ice rinks for skating and baseball fields where friends can meet to enjoy a game together.

4. World class cities
Canada’s cities consistently rank highly in lists of the world’s greatest cities. Vancouver, Toronto, Calgary and Ottawa are considered top destinations due to factors such as economic growth, quality of life and healthcare. Toronto, the most populated city in Canada, is also one of the most diverse and vibrant cities in the world. Toronto enjoys a reputation for being a trendy and exciting city with excellent restaurants, entertainment and education opportunities. The second most populated Canadian city is Montreal, located in the French-speaking province of Quebec. Montreal is known for its unique blend of modern and historic architecture as well as its numerous cathedrals. It is also a famous hotspot for musicians, artists and circus performers. On the west coast, Vancouver often ranks as one of the happiest and most liveable cities in the world. Surrounded by mountain and water, Vancouver is an exciting location for a study abroad experience due to it opportunities for outdoor adventures. Ottawa, the capital city of Canada, is known for its historic sites and landmarks, and Calgary is famous for its cowboy tradition as well as its economic growth which is focused heavily on the oil industry.

5. Four seasons
If you have always wanted to see snow, Canada is a great choice for your study abroad experience. Visitors from around the world come to discover Canada’s distinct seasons: winter, spring, summer and fall. Each season brings changing landscapes and temperatures. In the winter months from December to March, many parts of Canada receive abundant snowfall, and people enjoy winter sports such as skiing, snowboarding and snowshoeing. Winter festivals across the country celebrate the season with snow sculptures and winter activities like tobogganing. In the spring, Canada’s cities come alive as temperatures start to rise. Flowers bloom, parks fill up with visitors and restaurants open their terraces for outdoor drinks and dining. Summers in Canada can be quite hot, occasionally reaching 30 degrees Celsius in July and August. This is the perfect time to take advantage of Canada’s many lakes and rivers by enjoying a kayaking or canoeing trip. In the fall (or autumn), the foliage of many trees turns beautiful shades of yellow, orange and red. The red leaves of the maple tree are a particularly well-known symbol of Canada and can be seen from late September to the end of October. 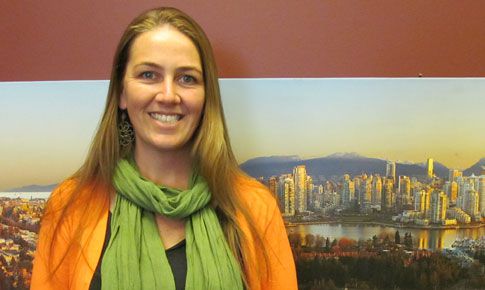 “I have just arrived in Vancouver and I am feeling at home! Why? Because LSI has been giving me all the...”
Read more
Bruna Wagner, Brazil 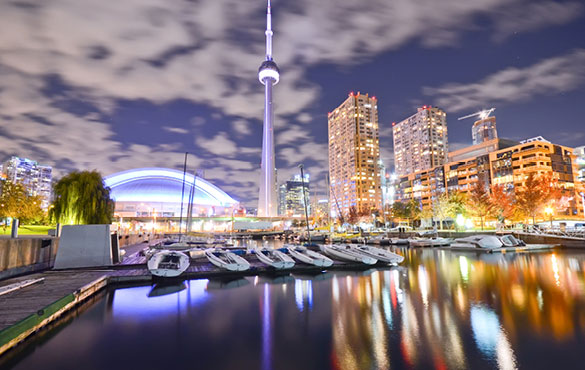 Toronto, Canada's largest city as well as its major business and cultural centre, has a vibrant downtown area and hundreds of parks and green spaces. The Great Lakes, Niagara Falls, and the colourful forests of Ontario are within easy reach of the city. Whether you are a sports enthusiast, a hip hop fan or an opera lover, there will be dozens of exciting events Read more 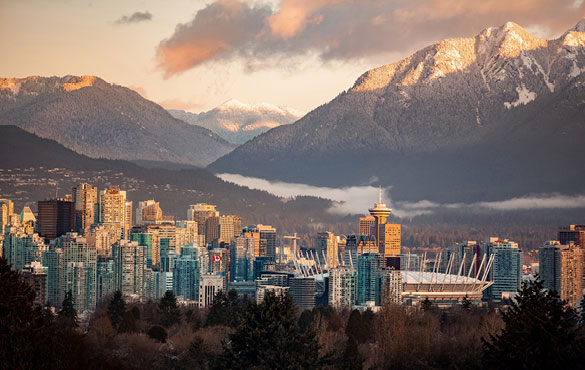 Vancouver is a city of stunning natural beauty, nestled between the snow-capped Coastal Mountains and the blue waters of the Pacific Ocean. It is a modern city with everything to appeal to the international visitor. Stroll along the city beaches, walk through the forested parks, or shop along the fashionable downtown streets. Vancouver is famous for its Read more 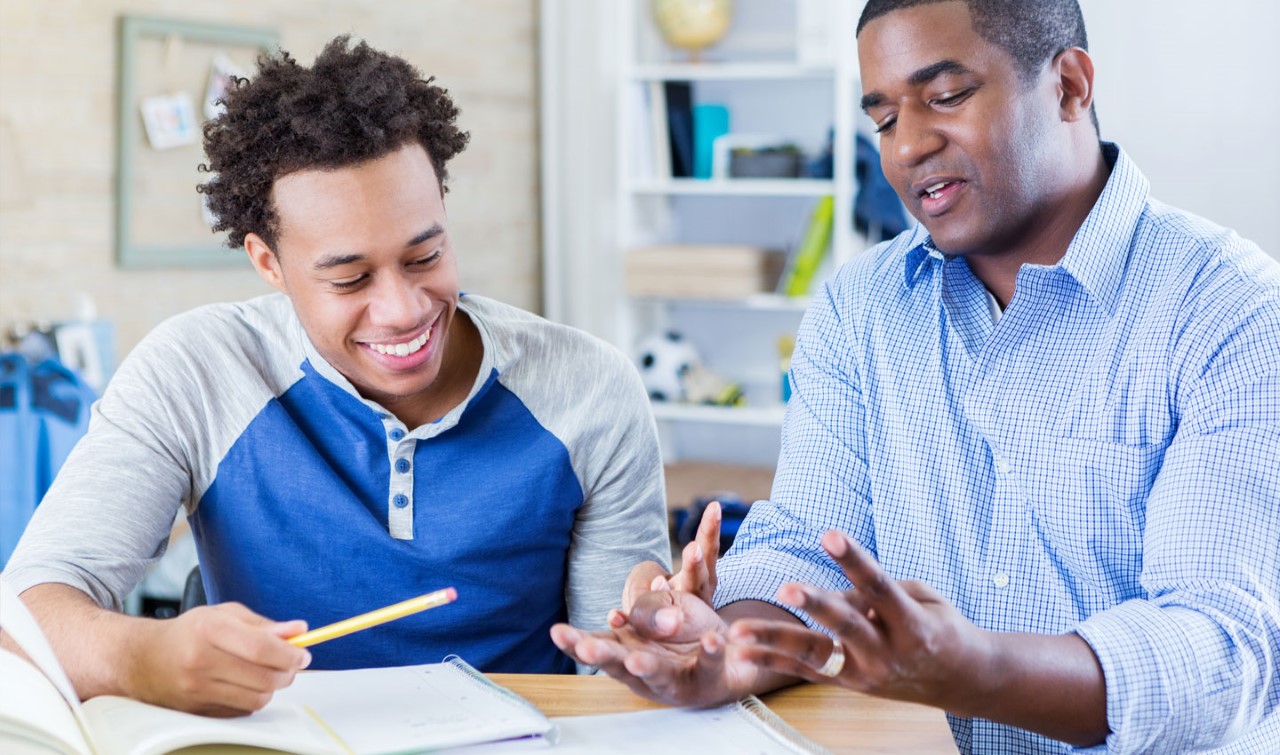 Live and study in your private teacher's home in Canada. Language lessons and cultural excursions.
Find out more

Join the international LSI community. Discover what it’s like to study at LSI schools and hear from current students and alumni.

Find out all the latest news from LSI schools around the world.

Meet our students and staff and have a look round our schools.

Interesting and fun activities as part of language immersion

There's probably a lot of great schools out there, LSI Vancouver it is too, but a school with such a great ambient surrounded you there's no other, this is like a family, absolutely recommended experience!

I loved this school, is the best place to learn English with the best teachers and nice people!!!

LSI is not only a school, its a place where we felt completely safe, where we made friends for the rest of our lives, where we find support, kindness, and the best professionals who will look after you forever! LSI its a FAMILY and I am proud to say that I am part of this amazing community! They have the best professionals, who give us everything we need to became fluent and secure with the language, and to keep improving after our time there. In my experience in Vancouver I had Kevin as director, hes the best! Hes an amazing professional who gave me the support that I needed with Linda ( my teacher, who I consider my Canadian mother) to became a Cambridge student and have success in my professional life! After two years that Ive been there, Kevin and Sallie , from LSI in London were extremely kind and professional to help me solving a problem and I can say that I became even more fan of LSI than I was before( if it was possible)They showed a genuine concern for their students, a magnificent teamwork, impeccable professionalism and organisation beside all the kindness they had with me. I not only extremely recommend, I must to say: LSI is THE BEST school, with the best professionals I have ever met!Thank you very much for everything Kevin, Linda, Sallie... LSI team youre an example to be followed as professionals and human beings!You have my admiration forever

END_OF_DOCUMENT_TOKEN_TO_BE_REPLACED

Find out how LSI has been a world leader in language training for over 50 years.